Ghanaian recording artiste, Stephen Kwabena Siaw known by his stage name Ayesem, has revealed to Amansan Krakye on Kastle FM that a lot of the youth who claim to be hustling are actually engaged in illegal activities including fraud otherwise known as Sakawa.

“A lot of the hustling is not legal as for that we all know some of the people who claim to be hustling are not doing it in a legal way,” Ayesem bemoaned.

“When your hustling is legal that is when God actually blesses the kind of hustling that you’re involved with,” he added on the Kastle Drive show monitored by MyNewsGh.com.

Recently, the issue involving the ritual murder of a young boy by two teenagers in Kasoa for sakawa sparked questions about the source of wealth being displayed by some youth who claim to be hustling.

He continued “But if your hustling isn’t legal, you can even get all the money in this world but your conscience will judge you. However, when you hustle in a legal manner, you would have peace of mind. 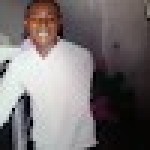