We are Not Going Back to an Era of Empires and Colonies" U.S Ambassador to UN accuses Russia President. The Foreign Minister of Ukraine, Dymtro in his current address remarks to the United Nations (UN) General Assembly today appealed for international support to address the uprising crisis between Ukraine and Russia.

“The United Nations is the organization that has to demonstrate leadership, not just condemn concrete actions to stop the Russian machine of war, without stepping into bloody conflict with many 1000s of casualties, devastation, and suffering. I do not want this. Ukraine doesn’t want this. The world doesn’t want this. We need your help right now to stop Russia from proceeding with its aggressive plans” Dymtro said.

For months, Russia pretended to pursue diplomacy while bringing more and more troops-style borders, and in the temporarily occupied territories of Ukraine. Now, this number stands at least at 150,000. Under the OIDC Vienna Document on confidence and security-building measures, such actions fall under the qualification of unusual military activities that would require explanation.

However, Russia has persistently refused to provide it. Instead, it proceeded with France. Russia has literally stuffed the Black Sea of the sea of azul, with at least 46 military vessels. It routinely closes large parts of the seas under the pretext of holding naval exercises.

President Putin of Russia sets a demand to almost blockade Ukrainian seaports. This is already an attack on the global freedom of navigation, one of the separate principles of international law. Russia’s propaganda machine is in full swing. It desperately tries to create a pretext to fulfill aggression against Ukraine.

According to Dymtro, Ukraine has resolutely rejected all Russia insinuations about any alleged Ukrainian offensive military operations in Donbass.
“We do not hold or plan any such actions. We remain committed to political and diplomatic settlement” Dymtro said. 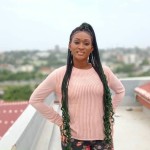 0
0   0
previous We have full support from the U.S amid the Russian invasion, Antony Blinken said.
next We are Not Going Back to an Era of Empires and Colonies" U.S Ambassador to UN accuses Russia President.
Related Posts